For Cummins, they make many different engine models. Every one of those models, with have different configurations based on if they were going into a school bus, bulldozer, or in our case, a emissions compliant road vehicle.

As such, Cummins needed a way to keep track of the various configurations. This is important as although a 5.9 B series is a 5.9 B series, there will be slightly different parts and timing parameters depending on use.

So to keep all making sense, Cummins uses something called a CPL number to keep track of these changes. CPL stands for Control Parts List, and if looked up in the Cummins parts system, will show every part in your engine, including your factory timing specification. It will also have your engine serial number, date of manufacture, firing order, and many other things specific to your engine. 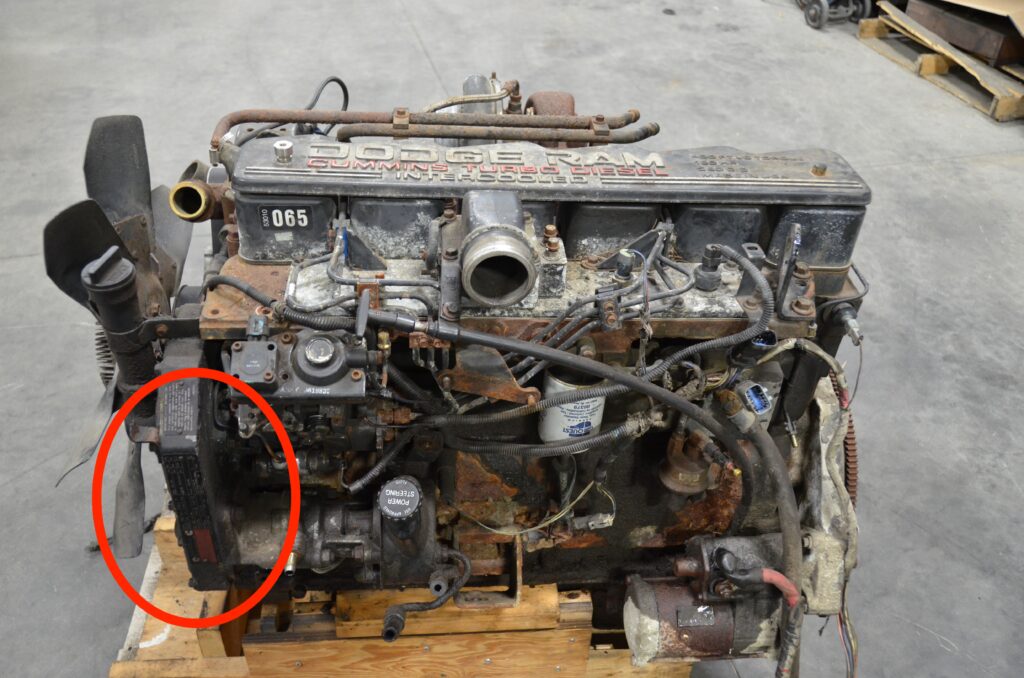 This is what a typical ID tag will look like: 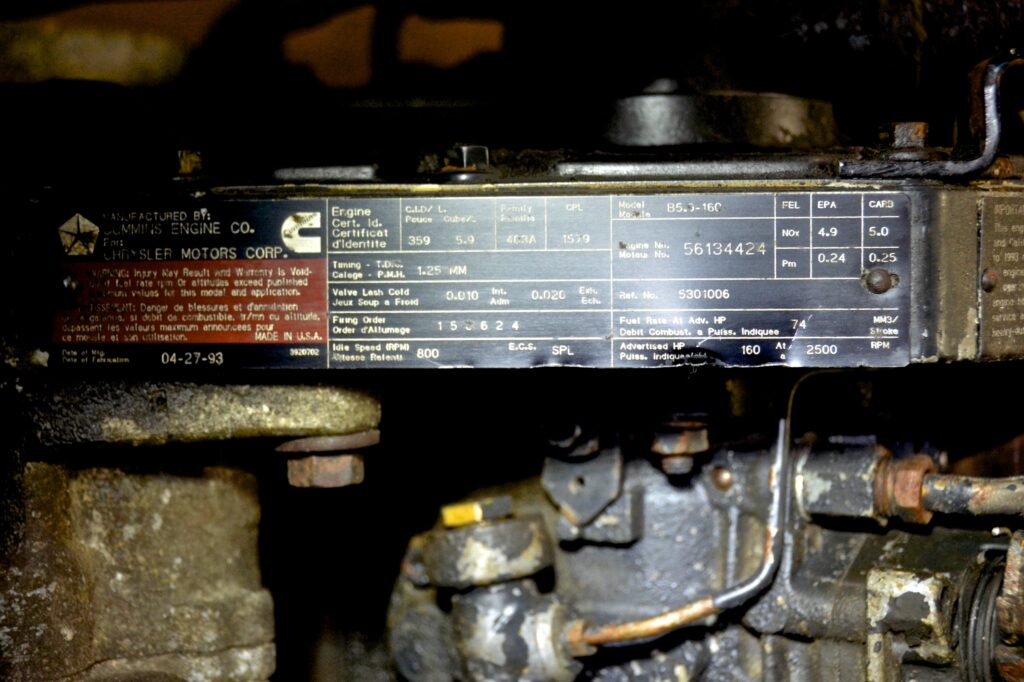 1st Gen Rams used three different engines over the 1989-1993 production run. They are as followed:

The following information was put together by the Turbo Diesel Register many years ago after some digging through Cummins records. These are the serial number ranges that the 1st Gen Rams fall into:

Known production range (there may be others):

Many believe that the change from non intercooled to intercooled was simply adding a charge air cooler (CAC) and that was it. The reality is, there was more changes than not, done to the engines to meet the EPA’s 1991 emissions standards than just adding a CAC.

By reducing the injector size and increasing injection pressure, it raised the combustion pressure which required:

Due to sluggish engines with the large 21 cm turbo housing requiring longer spool up times and being a bit too big to fully spool, the turbine housing reduced to 18 sq cm to answer complaints of low power.

The following are the basic specs for the 5.9 B series engines used in the Gen 1 Ram trucks: