There are multiple body configurations that were available to be ordered for order on the 1981-1993 Dodge Rams. Many were year specific though and only available in certain years. For example, the crew cab four door options, was only available in the 80s body style from 1981-1985 for the North American market. Club cabs were available, then went away, and returned to the model line.

These are the basic configurations 1990-1993 trucks came in: 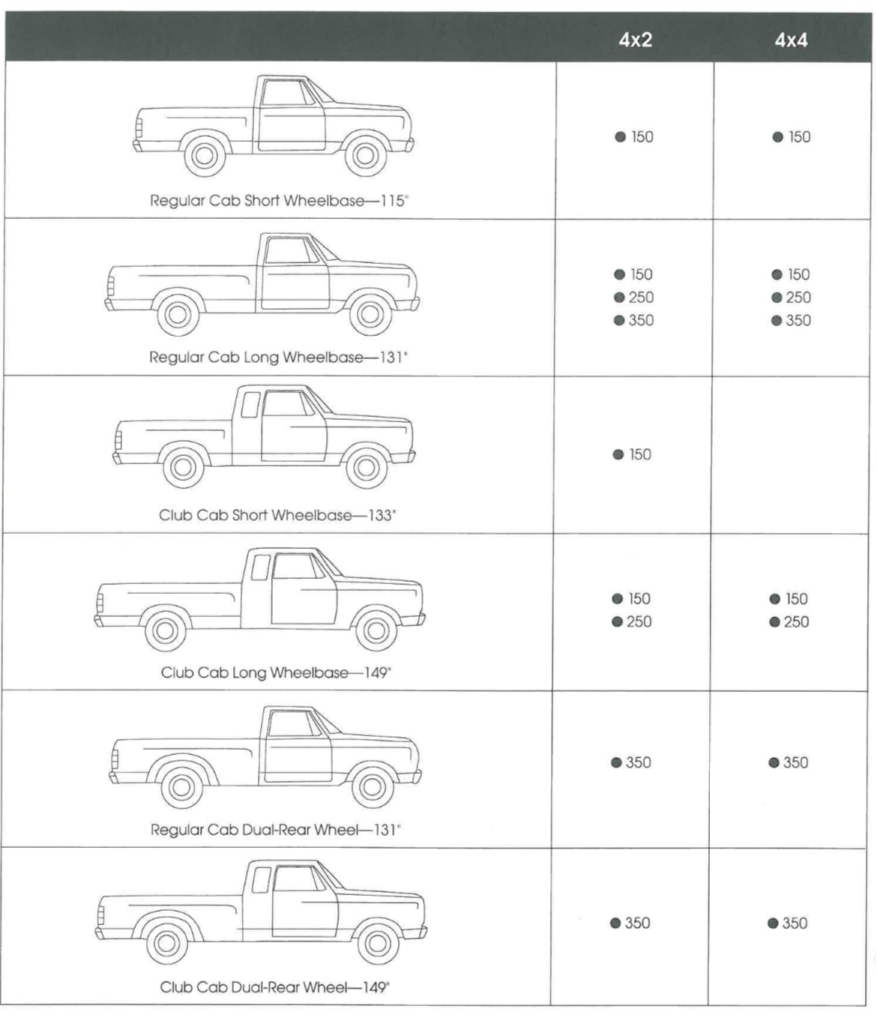